I first knew I was in trouble when I was only a few months pregnant.   “What to Expect When You’re Expecting” was my bible, and it helped me through endless hiccups, heartburn, and insomnia.   But that book also scared the daylights out of me.    A section in the book discussed nutrition, and the authors were all about making every calorie count.     But when they recommended that that I carry a vial of wheat germ in my purse for when I’m at a restaurant and there aren’t any whole grain dinner rolls…I knew that that I was never going to measure up.   It took me a long time to realize that maybe that’s OK.

So here’s to the B+ moms–you know who you are.   I recognize you at the grocery story, rearranging your cart to get your token bag of baby carrots and Greek yogurt to cover the stack of frozen pizzas and sugared cereals.   B+ moms buy good food, but we also balance that with a generous dose of Ramen and fruit snacks because sometimes it’s just easier.

B+ moms take their kids to the park and push them on the swings, fighting the urge to play Words with Friends while our kids build rock piles.   We know our kids need our attention, so we smile and nod at every pretty pebble. Sometimes I’ll grab a picture of that triumphant backwards climb to the top of the slide and we’ll put it on facebook, evidence of time spent outdoors with mom.   But I’m often relieved when park time is over and we can head home to righteously flip on netflix and heat up dinner.

There’s too much screen time at many B+ households.     Homework is done, bug collections completed, and permission slips are eventually signed–usually in lime green marker because regular pens are as scarce as homemade spaghetti sauce.     But then the TV goes on and our kids laugh at Joey and Chandler until one of the Friends pushes the TV14 guideline a little too far for even a B+ mom, and it’s back to the dreaded Disney Channel for the rest of the night.

The problem with being a B+ mom (or a B+ anything for that matter) is that we don’t share those regular days.   My facebook page is full of smiling, joyful, proud moments, so I’m as guilty as the rest.   I don’t think that anyone really wants to hear about how I snapped at my family about the dirty dishes piled in the sink, and then I plopped on the couch, ignored the half-folded laundry and ordered pizza.   We don’t usually talk about the mundane, or the times that I know that everyone else is having an instagram-worthy moment but me.

So rest assured B+ moms, you are not alone.  We all love our kids and are doing the best we can every day.  But I hope we can remember for every giggly Easter egg hunt or expertly carved pumpkin that makes Facebook, there are just as many families that almost throttle each other trying to put up the Christmas tree.     Luckily, our children leading B+ lives are a forgiving bunch, having learned that it’s possible to laugh about the big Christmas tree fight later, and that life is full of ho-hum, non-facebook worthy days sprinkled with random, healthy doses of joy.

And Happy Mother’s Day in Heaven to my mom, who was always a solid A in my book.

When I grow up I want to wear sensible shoes (said no one, ever). 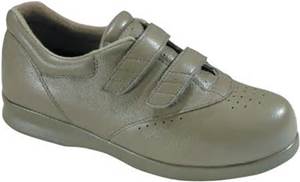 This week my third grader was supposed to dress like she would for her career some day. She has had a few ideas in her 9 years but ultimately decided she would wear cool clothes and a tape measure around her neck–the uniform of a fashion designer.

How many 9 year olds aspire to be child protection workers? In her class there was a construction worker, a scientist, and professional balloon animal maker, but no social workers.

Child protection was never my plan either.   Until about three months before college graduation, my plan had been to go straight to grad school for psychology.   But as the graduate program catalogs piled up on my desk and my completed applications didn’t, it became clear that I wasn’t ready to go to grad school.   So a month before graduation, I took (and barely passed) the Minnesota Merit Test which would make me eligible to be a social worker in a county agency.

When I applied for my current job in child protection, I had to admit that I had never interviewed a child, never been to court, and didn’t have a clue how the system worked.   I really didn’t know that child protection existed.   It was in my plans to Help People, but that’s where my big idea ended.

Then I was hired, and within days I was interviewing children, attending court, and figuring out how this mysterious system worked.    I talked to kids about sexual abuse, and they told me things that made my stomach churn. I forced myself to be able to say all the words for genitals.     I had to confront people on their drug use, their violence, and their houses full of hoarded stuff.   I needed to wear clothes that would go from house to car easily, tromping through snow and clutter, professional but comfortable enough to make a quick getaway on the rare occasions it was necessary.

I didn’t love my job, but I didn’t hate it either.   Within a year, I was married and bought a house, got a dog and I was pregnant.   We settled into our new home, and I got as comfortable as I could in a job in which people screamed, swore, and lunged at me with regularity.   There were bright spots too–the families who got stronger, the kids who were relieved to move to grandma’s home where they were finally safe, and the coworkers who laughed and groaned along with me.

And that, kids, is how a career is made.

I’m sure there are plenty of kids who dream about being a teacher, or a doctor, or a fashion designer, and they grow up to become exactly what they had planned to be.   But there are plenty of soon-to-be-grads who aren’t sure what comes next, and hopefully enough of them will want to Help People too.     And if they find themselves in child protection, somehow they will suit up in comfortable shoes, clothes that might get dirty, and enough emotional body armor to stumble into a career that they almost, sometimes love.